Free Shipping on Orders over $125

This week’s organizing challenge is PICTURES and I’m going to challenge you to do just one thing to put a little order in your photo storage – organize or establish your system. (September’s cleaning and organizing calendar is here). If you struggle with photo storage like I do, this week’s challenge will be a good one. Taking a couple minutes to add a little organization will be helpful and productive. The problem for me with photo storage is that it is constantly changing – print vs. digital, scrapbook vs. digital scrapbook. But in the end, what I really want is a photo album for my kids to go through whenever they want to to look at pictures of themselves growing up and in different stages of their life. It’s fun to document the big and little moments because if it’s not documented we’ll most likely forget those little details (that turn into the big details). If you don’t have a ‘system’ for organizing your photographs, take a little time this week to put something into place and get it started. If you already have a system, take a little time to organize your photos so you’re caught up or catching up. My personal struggle? I find that I don’t print photos like I used to and that’s upsetting to me – I have months on my camera and computer and I have to make the time to print them and put them in albums.

Narrowing down all the options, there are three basic ways to organize your photographs:

I use all three of these methods – photos are on my computer, camera card, and phone, then the best pictures make the photo albums and frames, and the other pictures are stored in a photo box by date. Don’t you think this is complicated? So many places to keep essentially the same thing? And if I needed a specific photo from 2009, there’s no way I could find it. So this week I’m coming up with a system – want to come up with your own system? Hopefully this week is a good one to get you started on this complicated but important thing that is documenting our life!

LOOSE PICTURES: First off, I ordered a few of these from The Container Store – the larger boxes have 12 small boxes in them so I’ll use one for every year or two to keep important photographs in order by month (direct product link is under the picture). You could use photo boxes, or archival envelopes in photo boxes or just not print any extra loose pictures and only print what you’re going to put in albums and frames. That’s probably the method I’ll be heading toward once I get what I have already printed organized.

PHOTO ALBUMS: I’m going to go through the boxes of photos still in the photo envelopes and put them in albums – I have Project Life and I have simple albums – I’m going to just get caught up by doing the photos in the photo albums for now. I know that I’ll just get overwhelmed if I try to get all creative as I’m getting caught up. Maybe that will be something I tackle in 2015. Put the best pictures in  photo albums – I have 2 years to get caught up on (anyone else with me?). I’m going to get my older kids involved – they’ll love looking at the old pictures and they can always remember the details too. I also like the idea of printing up a photo book at the end of the year in lieu of printing photos – I think that’s a great way to keep the prints down and have a beautiful keepsake for each year.

DIGITALLY: This is my last priority for this week but I plan to go through the photos on the computer and print any pictures that haven’t been printed for 2014  (I use Shutterfly and have it sent to my house). If I get time, I’ll delete duplicate or not print-worthy pictures and clean up folders so folders for each month are in folders for each year. Then I’ll send these files to my cloud storage so I have it all backed up. I know that there are apps out there too – but I love using my camera and am not going to give that up for my iPhone (yet!).

How about you? Do you organize your pictures three ways too? Or do you have it down to a simpler system? Tell us in the comments! Motivated to get some memories organized? Me too!

If you aren’t already receiving posts via email, you’ll want to sign up– something very exciting is coming!

You'll also get access to the entire free printable library! 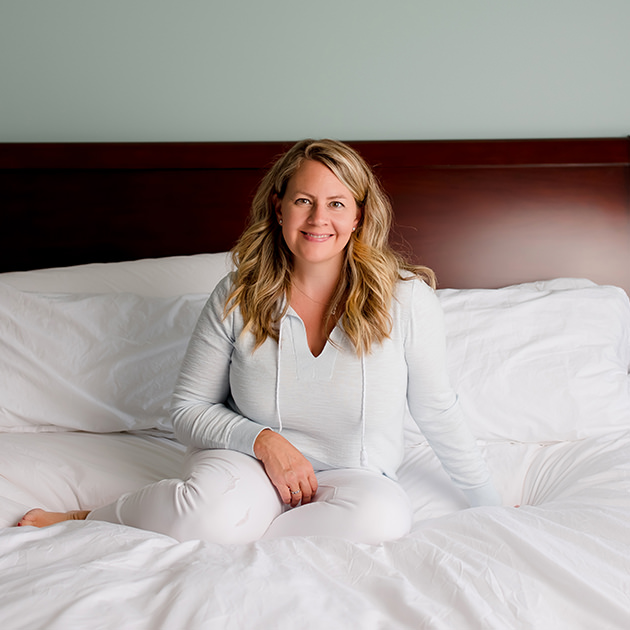 Helping you find a cozy place between complete chaos and a spotless home with quick tips & easy to digest guides.

Stay Up to Date with all My Tips & Tricks 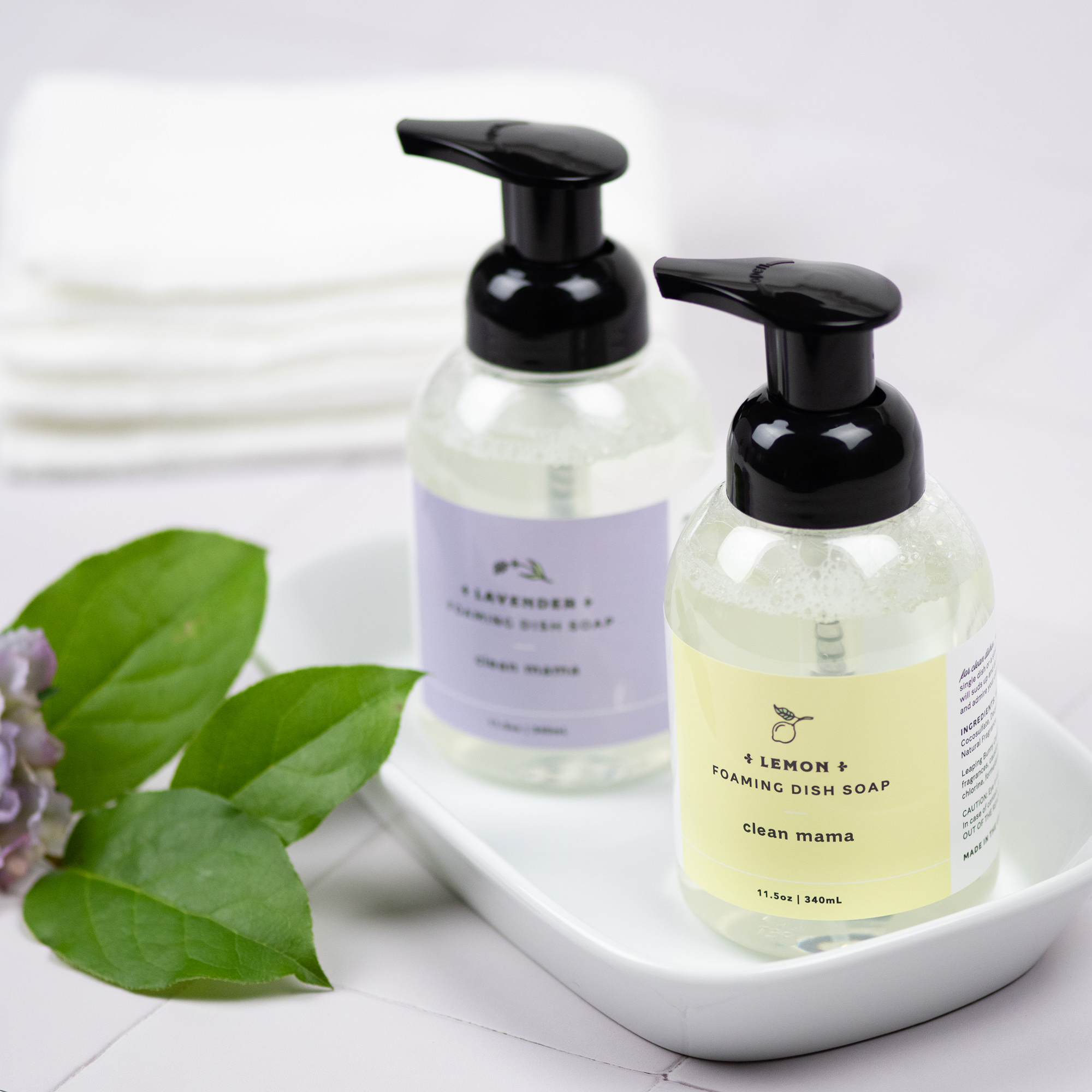 new to the shop 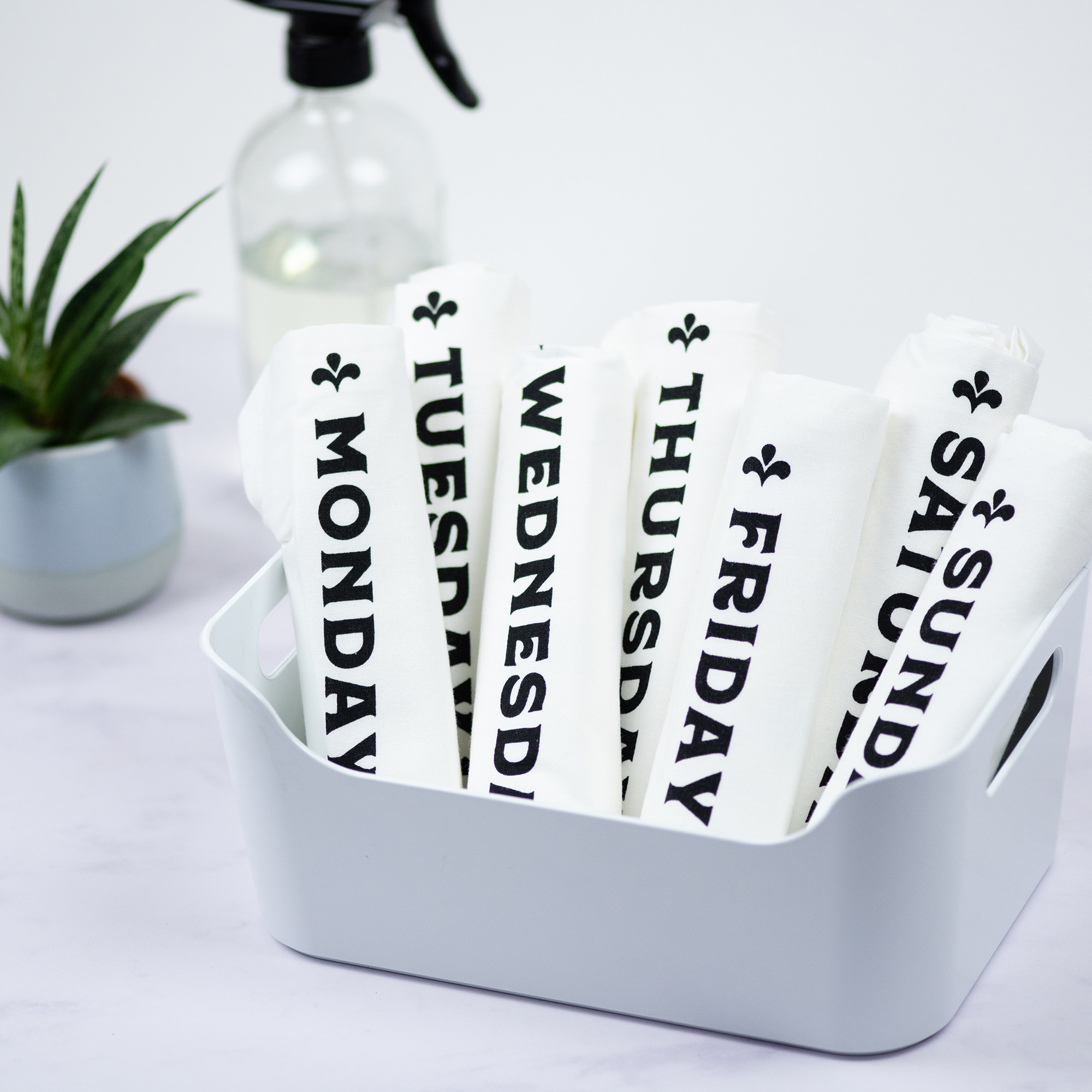 Days of the Week Towels

Enter your email below for your free printable guide outlining the 4 parts to The Clean Mama routine.